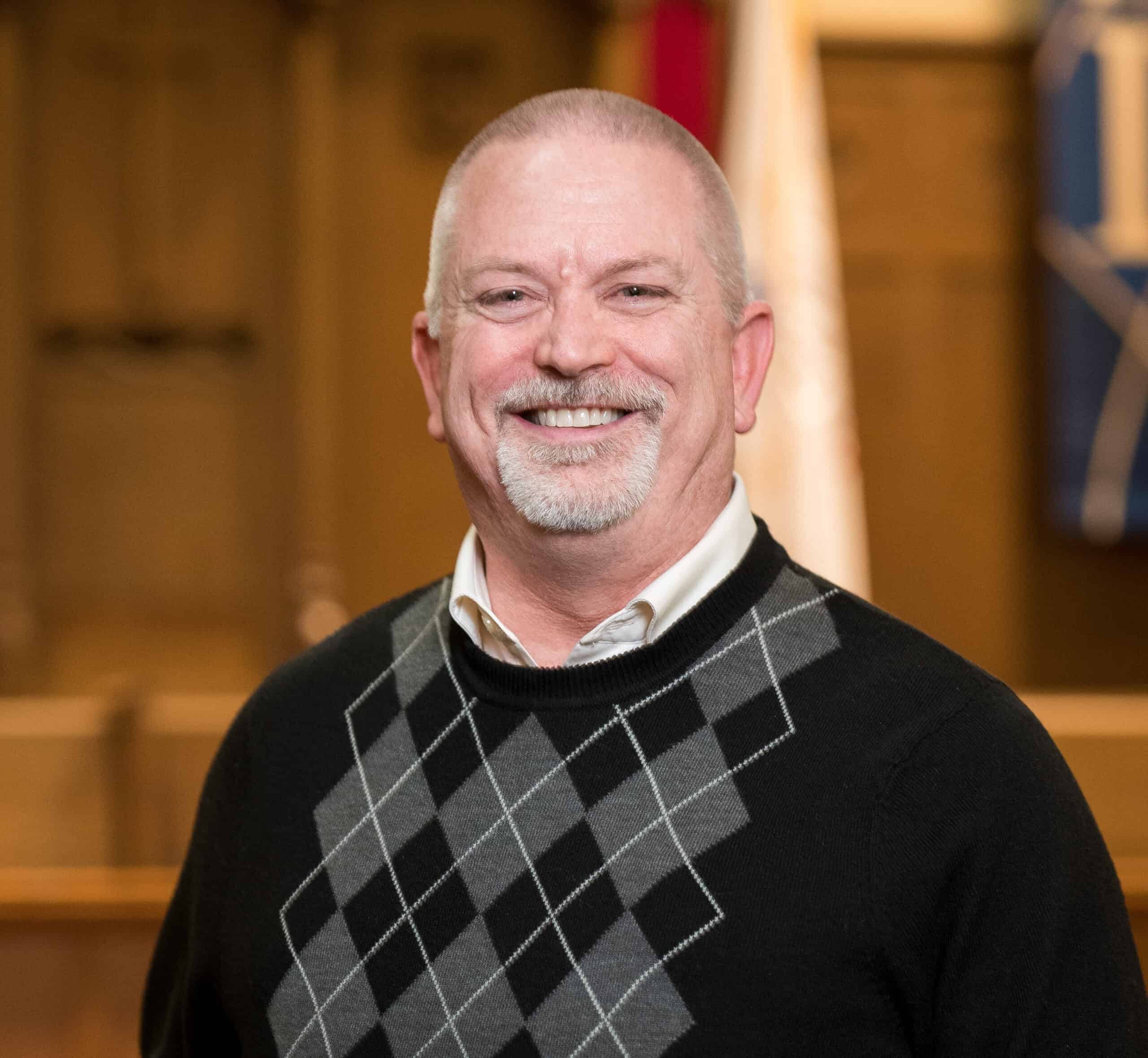 John Ritchie earned his Bachelor of Business Administration in Management Information Systems from Eastern Washington University in 1986 (Rev. Ritchie’s “fandom” was thoroughly vetted during his visit to Great Falls by multiple Cats and Griz fans).  Rev. Ritchie then earned his Master’s in Divinity from the Pittsburgh Theological Seminary in 1990.

Rev. Ritchie has been hard at work in a variety of ministerial roles since his ordination.  He has served as the Associate Pastor, Designated Pastor, and Solo Pastor for several churches throughout the Midwest.  He has enjoyed long tenures at churches in Missouri, Indiana, and Minnesota.  Most recently, he was the Designated Transitional Pastor for the Pickford Presbyterian Church in Pickford in Michigan’s Upper Peninsula.  He has also been an active Presbytery member at every one of his posts.  He has acted as a Board of Pensions liaison, a summer camp director, and a member of multiple committees and task forces.

Rev. Ritchie has also continued and expanded upon his education since his seminary days.  He has attended seminars concentrating on youth ministry, congregational health, and clinical pastoral education.  He is a certified premarital and marriage counselor.

John and Brenda are the parents of three, two boys and one girl.  One of their sons is currently enrolled in college and the other two have settled down to raise families of their own.  Now, as “empty nesters”, the Ritchies enjoy spending time outside with their two dogs (a long haired labrador retriever and a Dachshund Yorkie mix or “dorkie”). They are excited at the prospect of exploring the Montana countryside.

Have a question or need special accomodations?

Join us for Worship
Sundays at 10am

Join Us In Worship